Now, my daughter has been asking for a smart phone for months, even offering to pay for it. My husband and I had agreed that she didn’t need a smart phone yet. She is a trustworthy kid and I was not worried about her overusing the phone, but I could find no reason that she needed a smart phone. In a world rapidly being taken over by technology, I just wanted to delay that step for another couple of years.

More and more young children are getting smart phones, not just teens. Many schools are allowing kids to use these for school-related purposes. Also, whether adults are ready to accept it or not – this is part of our children’s social interaction now. In fact, for as many parents as I know that are opposed to kids having these phones at all, I know just as many who hope that a smart phone will help their child socially interact more.

For those parents struggling to decide whether or not your child is ready for a smart phone, there is no right answer. Like so many issues for parents, it’s a kid-to-kid and situation-to-situation decision. However, if you do wade into these waters, just know that there are a lot of tools now for parents.

Nearly all cell phones allow parents to do the following:

For a complete break down on the specifics for the top 4 providers, read this article.

Does this mean your child is officially safe from texting, bullying, sexting or any other generally bad decisions kids are making on their smart phones? Absolutely not. It merely gives some control back to the parents in an increasingly tech-savvy world. The hard part – having conversations about social responsibility, accountability and good judgment still falls directly on the parents.

Where did my family end up on this? After two excruciating hours of mapping out every possible phone and plan option, we walked out with two brand new smart phones of course. 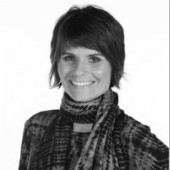 Jenn Fitzgerald is a mom of two and Community Builder with cSocially Media in Franklin, TN. Follow them on Twitter. She is also working on a blog with her daughter, ClassicalandPop.

Let’s stop over-protecting our kids and start preparing them!

How to Stay Sane During the Pandemic

Socialization and the Homeschooled Child