Anyone else have a child who has been obsessed with My Little Pony for basically their whole life? If you’ve been made to watch or listen to the My Little Pony Movie that was released in 2017, then this line from Pinkie Pie’s song will sound quite familiar: “one small thing doesn’t seem like a lot.”

And it was listening to this for the forty millionth time that gave me the inspiration for this article. Standing in my kitchen and listening to this song playing in the other room, I started to think about how the New Year us upon us. Everyone is always looking for the secret to keeping a New Year’s resolution and I think we can apply this verse from Pinkie Pie’s song to the idea of New Year’s resolutions.

As a therapist and parenting coach, I often talk to my clients about breaking goals down into smaller steps which helps us accomplish tasks and make real progress. Think about it this way, if your child has a disaster of a room and you want them to clean it up just telling them to clean the room is going to feel like a massive task and they aren’t going to actually make any progress. But when we break the task of cleaning up into smaller, more manageable, tasks then we see progress happen. We see the cars go into the car bin, we see stuffed animals put back in their homes, and we notice the baby doll accessories are all gathered in the correct basket. Breaking it down into smaller goals slowly makes the larger goal happen.

“Soon, one small thing leads to more, it’s so much more than there was before.”

So that one small thing “it’s a good place to start.” When you are considering your New Year’s resolutions this year, I encourage you to think about the small things that you feel you can actually accomplish. For example, a few years ago I wanted to diversify the dishes that I cook for dinner. I know myself, adding a new dish every week was going to be too much and I wouldn’t follow through with it. Instead, I decided that I would try 2 new recipes a month. And that worked! I actually kept that New Year’s resolution all year and we ended up with a huge variety added to our dinner (and lunch) repertoire.

Into the New Year, I encourage you to ponder, what is one small thing that you can change? Chances are it will lead to more.

Thanks Pinkie Pie, for helping us see that “one small thing is big, it’s true.” 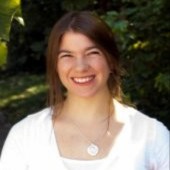 Adventures In Brackets: What To Expect When Getting Braces