All in the Folate Family: Folic, Folinic, and Methyl-folate

Family values are a popular topic these days even in the nutrition world and the folate family stands out as one of the quarrelsome families of nutrients.

Folic acid and methyl-folate are the two primary siblings sparring for attention while folinic lays back content with whatever attention it can garner. A number of other unnamed “natural” cousins linger in the background trying to get their own attention.

Why all the fuss? Well, the two better known siblings contend for the reputation of disease prevention particularly for pregnancy and birth defects. Folic acid is the synthetic brother which requires a few steps of enzyme changes to get it in shape for the body’s metabolism. Enzymes like DHFR and MTHFR are needed to convert it into either its other well-known brother 5 methyl-folate or the lesser known folinic acid. So, yes, folic acid, must envy its brothers as he ultimately must convert into one of them before doing any actual good. Despite this envy, outside the body, folic acid managed to get itself added to numerous foods as a fortifier. This came about when folic acid in pregnancy fortification lowered birth defects if taken by the mom. While the brothers may get the final say, folic acid reveled in its early and public fame.

Methyl-folate long remained content with knowing that it was doing the real work, but finally enlisted a better public relations team to get the word out about folic acid’s darker side, especially for those people with slow down mutations in those folic acid converting enzymes like DHFR and MTHFR. Media outlets finally ran the story that not only did folic acid falsify its strengths, but can even do some damage if overdone. Even Harvard Health expresses some hesitation about getting too much folic acid (1). Reviews in Obstetrics and Gynecology (2) brought up the question whether methyl-folate should be the supplement of choice as well. More and more questions arose including whether un-metabolized folic acid, the folic acid in the blood waiting in line for DHFR and MTHFR, had real problems. Could such extra folic acid suppress the immune system or interfere with folates in breastmilk? Ben Lynch ND thinks so (MTHFR.net, multiple posts).

Coincidental news spreading about MTHFR helped methyl-folate get the truth out. The 677 variant of MTHFR shined in interviews, as research studies showed that one copy of the single letter DNA change could slow down the folic acid conversion process by 30% and two copies could slow it down by 60-70%. Even the 1298 variant co-starred in the news though its effect being much less in terms of converting folic acid to methyl-folate, mostly due to its effects on slowing biopterine recycling. Just in case you don’t know the biopterine story, it is needed in the production of neurotransmitters, so you can see why it is important.

After the initial hype settled down, the critics had their turn, asking why, if 40-60% of people had one or both of these genetic mutations, don’t we see more disease being linked to this gene. They also asked how can someone have it and be healthy if it is so important. Put simply, epigenetics. Epigenetics is the emerging science of how the environment of our life interacts with our genes to produce both our health and our ill-health. Not everyone who has an MTHFR mutation faced the same toxins or the same infections or even the same nutritional deficiencies. Absent a significant strain on the methylation cycle, many MTHFR carriers skate through life without “expressing” any symptoms.

Besides the critics, natural folates rallied their bullhorns to shout out, “Don’t forget about us!” These natural folates are a rag tag mix of folate forms that have resided in green leafies and other food sources for millennia, providing building blocks for the methylation cycle long before there existed supplement bottles and marketing campaigns. Their point is well taken… “how many millennia have we kept humans going without a capsule, tablet or liposomal concoction?” Nothing fancy, just basic, down to earth whole foods were the cat’s meow before anyone knew methyl-folate from a bean sprout.

Adoring crowds fascinated with the latest discoveries and those on health journeys seeking healing both watch this media circus asking what to do next. Should everyone rush the genetic office offering blood or saliva for an answer about their genetic blueprint? Should those in the know about their genes change their diet or alter their supplement list? This doctor can’t answer that question for every single person reading this story, but will stick to the basics. Not everyone needs testing for MTHFR. Not everyone needs to take methyl-folate, especially at high doses. Those with chronic disease or unexplained health problems should ask their doctor about testing. Those who know they have MTHFR should ask a knowledgeable source to guide their supplementation. At the very least, those with MTHFR should avoid foods that fortify with folic acid and focus on natural folates or methyl-folate.

Don’t forget the moms though. They face the pressing question of “to folic or to methyl-folate” during pregnancy. If they know their MTHFR report to include 677 or 1298, it is simple, skip folic and go for methyl-folate. Can’t go wrong there. On the other hand, if they don’t know and don’t want to know, maybe they could get by with folic acid in pregnancy, but why take the chance? Methyl-folate is a safer bet. Either way, and for whatever reason it may be swallowed, just remember that your body prefers just enough but not too much of a good thing, including methyl-folate. 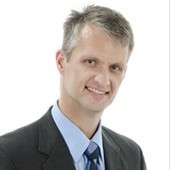 Dr. Eric Potter is the founder of Sanctuary Functional Medicine where he practices Biblically wholistic healthcare for the glory of God. He provides integrative consults for unsolved medical suffering and wholistic direct primary care, both with personalized care for the whole person. Dr. Potter incorporates the best of conventional medicine and the best of natural medicine from his office in Franklin, Tennessee. 615-721-2001

6 Factors to Consider Regarding Plastic Surgery for Teens

Safety of a Mommy Makeover: Is It Wise To Combine Surgeries?

Adventures In Brackets: What To Expect When Getting Braces