Before I was offered tickets to see Nashville’s Nutcracker, I often thought to myself “The Nutcracker at Christmas is so cliché”. I know. I know. It’s not cliché, but tradition right? I remembered seeing it as a kid and it was just okay. However, that was 35 years ago when I was in elementary school in Utah.

And then I was offered tickets to Nashville’s Nutcracker. Honestly, mesmerizing doesn’t even come close to what I experienced. As I walked out of Jackson Hall, all I could say was “wow”… and every other overused word that they use in marketing these days: Spectacular! Stunning! Beautiful! Amazing! Wonderful! Cliché. As I thought about what I would write, I tried to find words that actually described what I saw.

Colorful: When I think of ballet, I tend to think of muted colors and bland sets. Not the case with Nashville’s Nutcracker. The sets and costumes were colorful and engaging, dimensional and bold. They were even multi-level in several scenes. Snow fell in one scene and you felt like they were actually dancing in the snow. I know… cliché word coming up, but… amazing!

Elegant: The dancers are all so elegant, and they were so graceful that they all looked like they were floating on air. I especially enjoy watching the expressions on their faces when they dance. The symphony was flawless and it sounded like the notes just danced in the air.

Masculine: It is worth mentioning that with a cast of 50 adults and 300 children (spread over 8 casts), that boys and men are well represented. So much so, that when I was offered tickets, I didn’t ask my husband to go with me, because the ballet is a “girl thing.” Not so. In fact, when it was over, I actually felt bad about not inviting my husband because I think he would have liked it. There were fight scenes, snake charmers and ice skaters falling on the ice! And the men would pick the women up and move them all around the floor with ease. He would have had really enjoyed it and next year, I’ll make sure we go together.

Transforming: From the picture taking scenes, to the house, to the forest, I really felt like I was being transported into the scenes of  Nashville’s Nutcracker. Each scene transforms before your eyes from one location to another and they do so seamlessly. They have incorporated many Nashville landmarks in the scenes, and it was fun to see them. They said it takes 6 tractor trailers to bring in all of the equipment for this ballet, and I can see why, thousands of yards of fabric, moveable sets and equipment, all to make the audience transport from one scene to the next.

When I came home, my husband made the mistake of asking how I liked it…. which caused me to yammer on non-stop for at least 15 minutes! And I told him about my problem of not being able to find the right word to describe what I saw, because every overused word has become so… cliché. And he said “it sounds like it was a really majestic production.” And there you have it, the word I have been searching for. Majestic.

Yes, majestic is the word. Nashville’s Nutcracker is definitely not what I was expecting, but so much more. And with tickets starting at $35, it’s a Christmas tradition, that we’ll be starting next year. 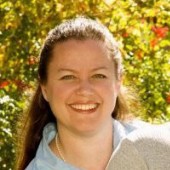 Jenifer Gifford has 2 teenage boys, is active in the homeschool community, and has enjoyed owning a consignment sale and consigning for the past 14 years.

How To Avoid Child Boredom This Summer

Motherhood the Musical Review: The Good, The Bad…the Laundry