My family is always up for fun and new adventures. One day I got a text from a friend, asking me if we would like four tickets to the Titans first pre-season game. My first thought was how would we do this with my special needs child who cannot walk long distances.

But my friend told me that these tickets had a parking pass with them. That took the biggest obstacle off the plate. I answered back that we would love to go to the game. I barely kept the secret from my kids the rest of the week. I was so excited to spend some family time watching a game at Nissan Stadium.

Saturday came cloudy and rainy, but that did not dampen our excitement. The kids were thrilled to find out they were going to see a game, my daughter could not wait to see them come on the field at the start of the game. She loves the run out of the tunnel when we watch on TV. We got downtown, followed the directions to the parking lot, and made it easily. The kids were floored because you could see the Jumbotron from the parking lot. It was pretty cool to see it so big. We found a fun tent with video games, cheerleaders, and a former Titans player who was meeting and taking pictures with fans. My son played a game where he rode a motorcycle to play and my daughter stared in awe of the pretty girls.

We made it through security; make sure you have a clear approved bag for the stadium. The rules are on the website for the Titans. My friend loaned me her bag and we went easily through security. We checked out the closest food and bathrooms before finding our seats. With young kids knowing the bathroom location is pretty important. We grabbed some dinner and took our seats. They were amazing seats and we had a great view of the fifty yard line and the field as a whole. The sky got darker and darker but we held out hope for the rain to stay away for a little while. The pre-game show started with lots of smoke and fireworks, and right about then we wished we brought headphones for my son who is afraid of loud noises. The pre-game show was fun and full of flames and smoke for sure, the National Anthem was beautiful, and as the rockets red glare flared again, the rain came pouring down. We fought our way to the concourse and had fun hanging out with half the crowd. We did find a free air brush tattoo place and both kids got Titan tattoos on their face. About the time they got done it had stopped raining and we headed back to our seats to watch the awesome game.

The game was great! The kids learned a little bit of the game, as they watched; Taylor cried each time we scored and fireworks went off; Emma stared in awe of the cheerleaders; and mom and dad just watched it all. At half-time we had to find a funnel cake to eat, because, come on, who does not like funnel cake at a football game (you do need cash for the funnel cake vendor). We visited the bathroom for maybe the fourth time. Then I sent hubby to refill the drinks we got at the first quarter, because we realized that the bigger cups come with a free refill. It was a pretty good deal for a long four quarters of football. We settled back in our finally dry seats, with sugary goodness and fresh soft drinks. The Titans looked great for the first pre-season game. We got to see some scores and great plays. The cheerleaders danced a few more dances, and we laughed out loud at silly T-Rac doing crazy games with fans.

All in all it was a pretty stress-free event. It helped that we knew the rules for security and asked some questions to friends who went to the games. We stayed relaxed and just enjoyed our time. I will admit it was a pretty awesome family night. Watching the game through the eyes of someone who has never been is pretty cool. My daughter was so thrilled by all the sights and sounds. My son skipped out of the stadium saying “this was the best night ever”. Do not be afraid to take your kids and Titan Up this football season! Go TITANS!! 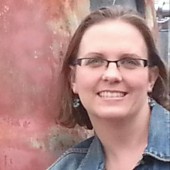 Rachel Zook is mostly a stay-at-home mom to her two wonderful children. She has a fourteen-year-old special needs daughter named Emma and an energetic nine-year-old son named Taylor. She writes her own blog at A Different Normal and also works part-time at a local library which helps feed her love of books.

Harry Potter and the Goblet of Fire in Concert

Promise Park: An Inclusive Playground at the Nashville Zoo

Answers To Your Highland Games Questions