Nerding Out in Nashville: Family Movies for 2020

We are such movie buffs in my house that we have already planned out our 2020 movie list. Our must-see in theaters and the ones we are going to wait for on Blu-ray. Here is the list of the must-see family movies of 2020. The year starts off slow, so you have time to prepare.

Dolittle – Jan 17 – Our beloved animal speaking doctor returns to save the Queen.

Sonic the Hedgehog – Feb 14 – This movie got leaked earlier in 2019 with many harsh reviews but has since had a makeover. Based on the popular video game everyone hopes the new remake will live up to the hype.

Onward – March 6 – The first Disney/Pixar release of 2020 is based on fantasy and magic as elf brothers set off to find their father.

Mulan – March 27 – Disney’s second release is the live action remake of the Mulan.

Peter Rabbit 2 – April 3 – For those that saw Peter Rabbit then sequel comes out. We are most likely catching this one on Blu-ray.

Trolls World Tour – April 17 – Who is ready to rock out with the Trolls as they take the happiness on a world tour.

Black Widow – May 1 – As Marvel Fans rejoice with a new movie to join the collection, this one opens the book on Black Widow’s origin story.

Scoob! – May 15 – Lovers of Scooby Doo rejoice you can share the joy with your kids as Scooby makes a return to theaters in May.

Artemis Fowl – May 29 – If you enjoyed Harry Potter then you need to go check out Artemis Fowl.

Wonder Women 1984 – June 5 – Who is ready for more powerful women this summer. Well here is your second one with the second installment of Wonder Women from the DC Universe.

Soul – June 19 – Disney/Pixar comes in again with another movie this time about jazz music.

Minions: The Rise of Gru – July 3 – Kick off your 4th of July weekend with some havoc and fun with the return of the Minions.

Jungle Cruise – July 24 – Disney next takes on a jungle cruise in their next movie release for the year.

Raya and the Last Dragon – Nov 25 – Disney is on a big role for 2020 with another release. In this one we quest to find the last dragon.

I am sure there will be more family movies announced as the year goes on. But in the meantime, I will be saving up for my 2020 movie theater trips and beginning to chart out the 2021 list. 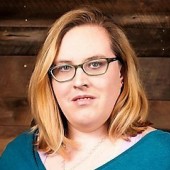 Courtney Crane is a transplant to Nashville from New Jersey. She has been raising her two boys here in the South for over six years. She works full-time at Vaco and sells jewelry part-time through Keep Collective. She just recently took on homeschooling and started playing Dungeons and Dragons. Her strengths lie in corralling her boys and all their sports and games while maintaining calm in the chaos. You can check out her Facebook group: Courtney’s Personalized Keepsakes.

Nashville Ballet’s Peter And The Wolf – A Review